Second Promising COVID-19 Vaccine from Moderna
From VOA Learning English, this is the Health and Lifestyle Report.
The American drug-maker Moderna reported Monday that its experimental vaccine is 94.5 percent effective in preventing COVID-19. It is the second American drug-maker in recent days to report promising news from early results of a vaccine candidate.
Last Monday, Pfizer and its German partner BioNTech announced that its experimental COVID-19 vaccine is more than 90 percent effective.
The companies reported no serious safety concerns from early results. Both said they would seek emergency use authorization from the U.S. Food and Drug Administration (FDA) in the coming weeks. The agency requires a vaccine be a﻿﻿﻿﻿t least 50 percent effective for emergency use.
The two drug-makers said they could have as many as 70 million vaccine treatments ready in 2020 with the FDA's emergency approval. Pfizer and BioNTech also reported they could produce up to 1.3 billion treatments in 2021. Moderna said it could have 1 billion available next year.
Dr. Stephen Hoge is president of the Massachusetts-based Moderna. He said having similar results from two different companies is reassuring.
"That should give us all hope that actually a vaccine is going to be﻿ able to stop this pandemic and hopefully get us back to our lives," Hoge told The Associated Press. He added, "It won't be Moderna alone that solves this problem. It's going to require many vaccines."
Dr. Anthony Fauci is the top infectious diseases expert in the U.S. He told NBC News, "Now we have two vaccines that are really quite effective. So I think this is a really strong step forward to where we want to be about getting control of this outbreak." 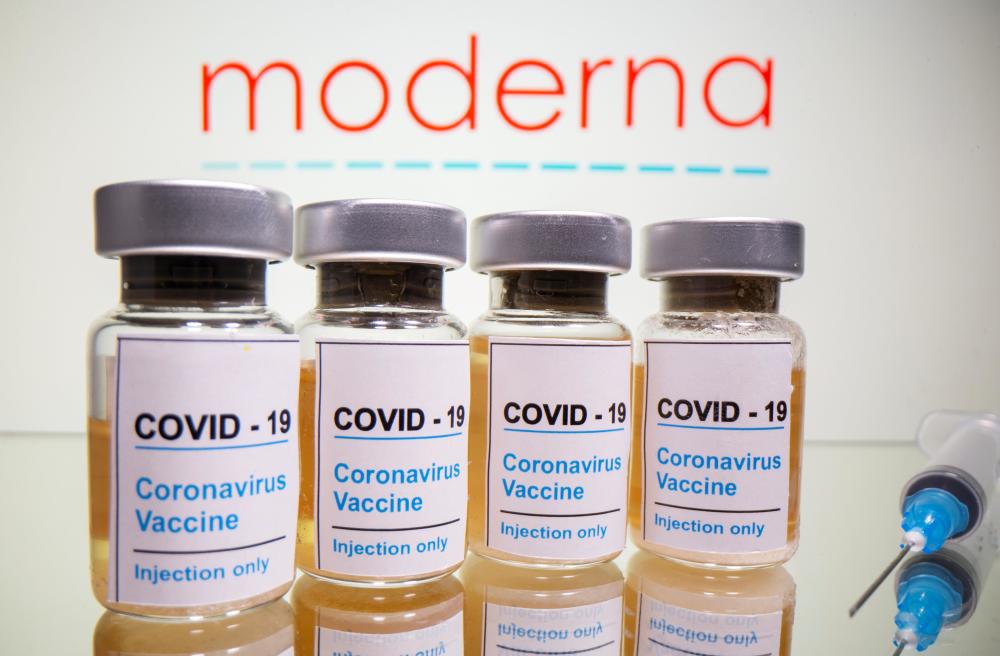 Moderna study results
Moderna said in a statement that the early results came from a large Phase 3 study it carried out with the U.S. National Institutes of Health.
The study showed 95 cases of infection among its 30,000 volunteers. Only five cases came from the group that received the experimental vaccine. The other 90 came from a group that received a placebo — a shot with an inactive substance. The study also showed that 11 cases of severe COVID-19 infection happened in the placebo group while no severe cases were reported from the group that received the vaccine.
Most side effects from the experimental vaccine were mild to moderate. A large number of volunteers, however, experienced more severe body aches and pains after receiving the second of the two-shot treatment. Moderna noted those side effects were "generally short-lived."
An independent group of scientists called the Data Safety Monitoring Board examined the study and informed Moderna of the results. The full results, however, have not been released or published in scientific papers.
New technology mRNA
Both Moderna's and Pfizer's vaccine candidates use a new technology known as messenger RNA, or mRNA. Traditional vaccines usually contain an inactive or weakened virus. mRNA vaccines do not contain the coronavirus itself.
To make a mRNA vaccine, scientists create a genetic material that directs the human body to produce antibodies that can recognize and destroy the new coronavirus.
Moderna's vaccine has one advantage over Pfizer's; it does not need extreme-cold storage. This makes it easier to transport. Moderna says the vaccine can be kept at temperatures of 2 to 8 degrees Celsius for 30 days. And it can be stored for up to 6 months at minus-20 degrees Celsius. Pfizer's vaccine must be shipped and stored at minus-70 degrees Celsius. That is about the temperature of an Antarctic winter.
The World Health Organization (WHO) says there are 11 COVID-19 vaccine candidates currently carrying out Phase 3 trials around the world.
Countries such as China and Russia have already begun vaccinations. Two days after Pfizer's announcement, Russia said its own vaccine Sputnik-V was 92 percent effective based on 20 infections in its large trial.
Johns Hopkins University's Coronavirus Resource Center reports that the coronavirus has infected nearly 55 million people around the world. More than 1.3 million people have died.
And that's the Health and Lifestyle Report.
I'm Anna Matteo.